You can still get an autographed hard copy from here. We still can purchase hard copies from on publisher, even though they are not available to the general public.
All prices include the author’s autograph, taxes, shipping and handling. This is the best price out on the web

GET THEM BEFORE THEY ARE GONE!!! 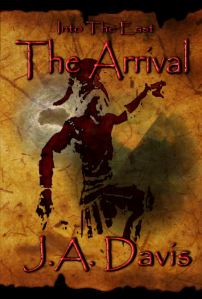 The following prequel to the new sci-fi action adventure series: Into The East provides exciting and valuable insight into a world that was violated by an alien race bent on subjugating its inhabitants.  We hope you enjoy The Arrival.

The first book in t

he series, The Razing, was only the beginning of Prince Aaranon’s harrowing adventures that left fans longing for the next installment. As one Amazon reviewer declared, “Each chapter entices you to read the next and by the end the ‘need’ to read part two is physical.”

The second installment, The Returning, continued the adventures of the humble, yet conflicted, Prince. He was plunged into a foreign world filled with assassins, dubious government agents, merciless spies, and an enraged lower-class with an appetite for revenge against the kingdom he once defended.

In this third and final installment, we once again find Aaranon in a race for his life. As the countdown to the end begins, four worlds are headed for disaster, three regimes fight for the hearts and minds of the people, two brothers seek to end a life-long conflict, but only one will survive.

was only the beginning of Prince Aaranon’s harrowing adventures that left fans longing for the next installment. As one Amazon five star review declared, “Each chapter entices you to read the next and by the end the ‘need’ to read part two is physical.”

The Returning is sure to please as the humble Prince plunges himself down a path that will once again put everything and everyone he loves in jeopardy. His bitterness and hatred for his archenemy however cannot compare to the pent up rage that has been building for centuries among those that he must now collaborate with in order to save his beloved family.

As he enters into a foreign world filled with assassins, dubious government agents, merciless spies, and lower-class peasants with an appetite for revenge against the kingdom, he must battle his own desires for vengeance.

Clink on one of the links below to purchase The Returning online. Please be sure to give us a review on Amazon or Goodreads.  Thanks. 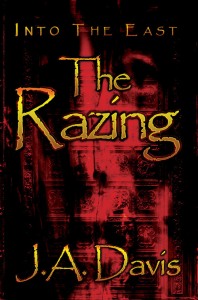 ng is a supernatural thriller (part one of three) detailing the adventures of Prince Aaranon – an affluent yet humble nobleman on the forest laden planet of Araz, home of the udamé people.

Over a thousand years ago, a race of beings known as the Ayim came from an as yet unknown realm by opening a portal into their world, changing their simple agrarian lifestyle into a technological marvel. They abandoned their old gods in exchange for advanced technology that would one day allow them to achieve immortality and to consummate divine singularity.

Their quest to traverse the heavens however was impeded by a mysterious group known as the Apostates. After their destruction of over four hundred temples to the Ayim, it was up to Aaranon, leading the most elite fighting force, to finally destroy the last vestiges of these ruthless killers who bitterly cling to an antiquated way of life.

It soon however became clear that the true enemy was not the Apostates, but the truth itself. Not only is Aaranon’s life about to crumble down around him, but Araz itself is destined for a major cataclysm that will not only impact every Arazian, but will impact every man, woman, and child on the face of the Earth.

The milieu of Araz is fraught with age old traditions and new world technology. Along with genetic modification, wireless energy, quantum communications, and anti-gravity flight, the udamé continue to practice traditions reminiscent of ancient Rome.

Clink on one of the links below to purchase The Razing online. Please be sure to give us a review on Amazon or Goodreads.  Thanks.