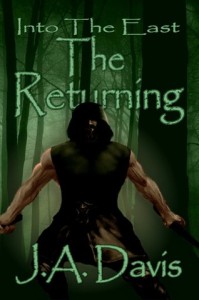 was only the beginning of Prince Aaranon’s harrowing adventures that left fans longing for the next installment. As one Amazon five star review declared, “Each chapter entices you to read the next and by the end the ‘need’ to read part two is physical.”

The Returning is sure to please as the humble Prince plunges himself down a path that will once again put everything and everyone he loves in jeopardy. His bitterness and hatred for his archenemy however cannot compare to the pent up rage that has been building for centuries among those that he must now collaborate with in order to save his beloved family.

As he enters into a foreign world filled with assassins, dubious government agents, merciless spies, and lower-class peasants with an appetite for revenge against the kingdom, he must battle his own desires for vengeance.

Clink on one of the links below to purchase The Returning online. Please be sure to give us a review on Amazon or Goodreads.  Thanks.

1 thought on “The Returning – Part II”